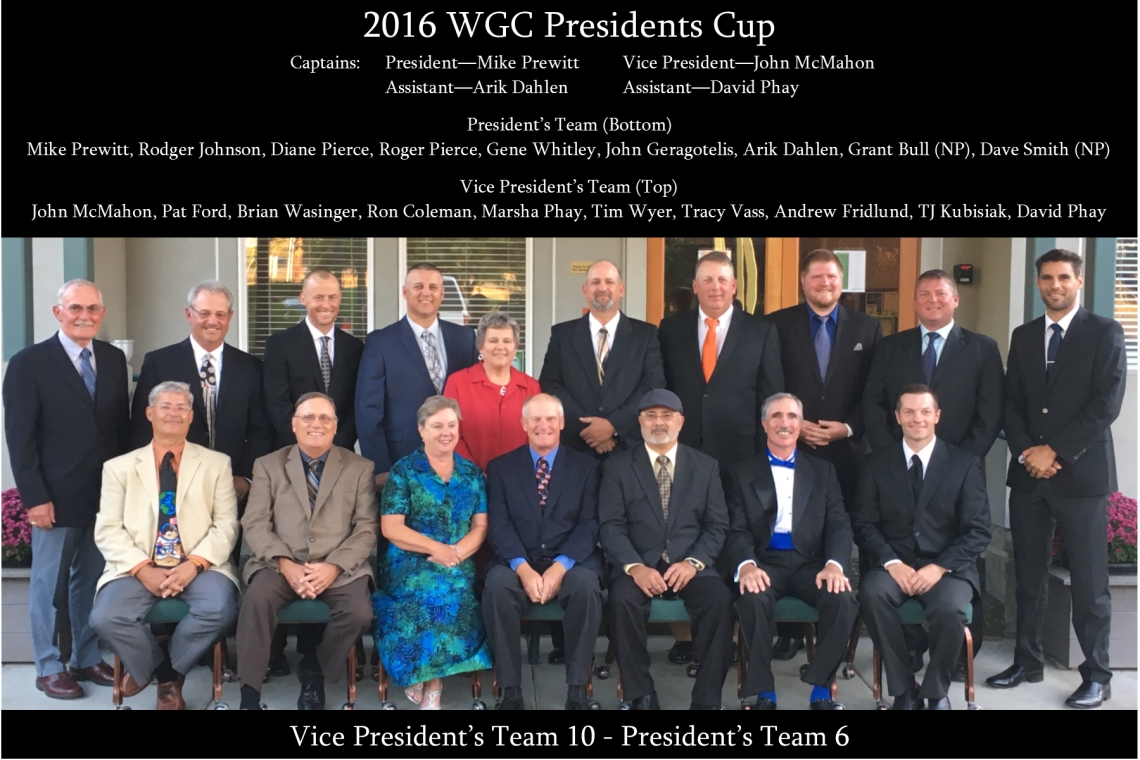 The 2017 Presidents Cup will be played in a Ryder Cup format with teams made up of the top players from August 8, 2016 to August 6, 2017.  These players will be selected from a points list that will include just about all of the events at WGC during this time frame.  Once the players have been solidified and have accepted their invitations the captains (the current President and Vice President) will choose their teams from the 16 player list.

How Points are Earned:

Place Points:  1st place will receive half the amount of points available for participation per event.  Other finishers will get respective points based on a sliding scale.  You must be published on the results sheet to get points.  Points are only awarded for the main event.